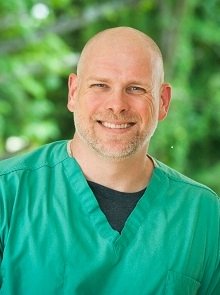 Dr. Glenn Adcock is a native of Opelika, Alabama, and a graduate of Opelika High School, Class of 1987. In August of 1987, he joined the U.S. Navy submarine service, where he served as a nuclear missile technician on board the U.S.S. Bancroft SSBN 643 Blue Crew. He returned to Alabama in 1993 and began undergraduate work at Auburn University as a Wildlife Biology major. From there he was admitted to Auburn University’s College of Veterinary Medicine and received his DVM in 1999.

When Dr. Adcock isn't in the office, the woods, or training at the gym, he can be found at Auburn football games or spending time with his family: his wife, Cayce; their son, Jackson; and the triplets, Elizabeth, Sawyer and Sterling; along with Mae Belle the Golden Retriever, and Buster, the yellow Lab. 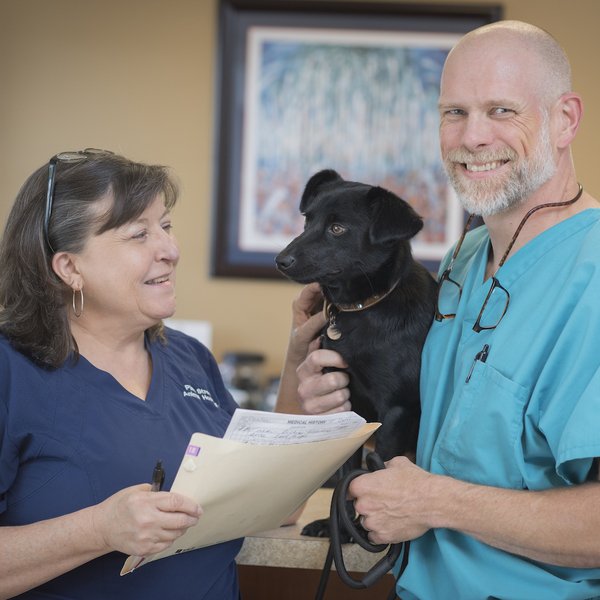